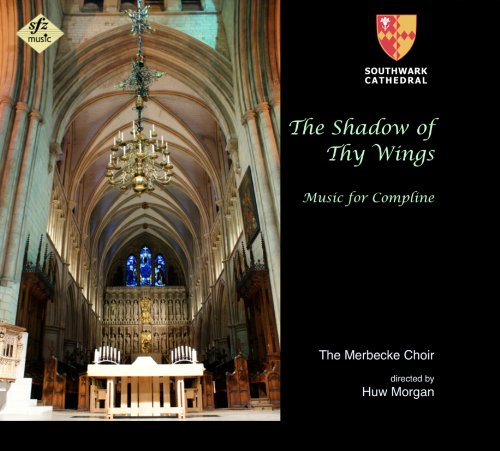 The Shadows of Thy Wings

The debut recording by the Merbecke Choir of Southwark Cathedral, directed by Huw Morgan. The Merbecke Choir is the Cathedral s volunteer choir of young adults, formed to give former choristers a chance to continue singing in the Cathedral as well as offering the same opportunity to young professionals and students in the diocese. The choir is named after the Tudor composer John Merbecke, who was tried at the Cathedral and condemned to death for heresy, only to be pardoned as he was a ‘mere musician’. The choir is probably unique in the UK in having the office of Compline as its principal service: this CD offers a portrait of the choir s repertoire for that service, as well as the office itself complete with psalms, readings and prayers, officiated by the Cathedral s succentor Anna Macham. The music includes magnificent double choir settings by Victoria, Peter Philips and Giovanni Croce, as well as more intimate Renaissance works. Contemporary composers are well-represented, including three first recordings of pieces by John Pickard, Alexander Campkin and the choir s director, Huw Morgan. The programme is rounded off by Gustav Holst s glorious 8-voice setting of the Nunc Dimittis, composed for Compline at Westminster Cathedral in 1915.