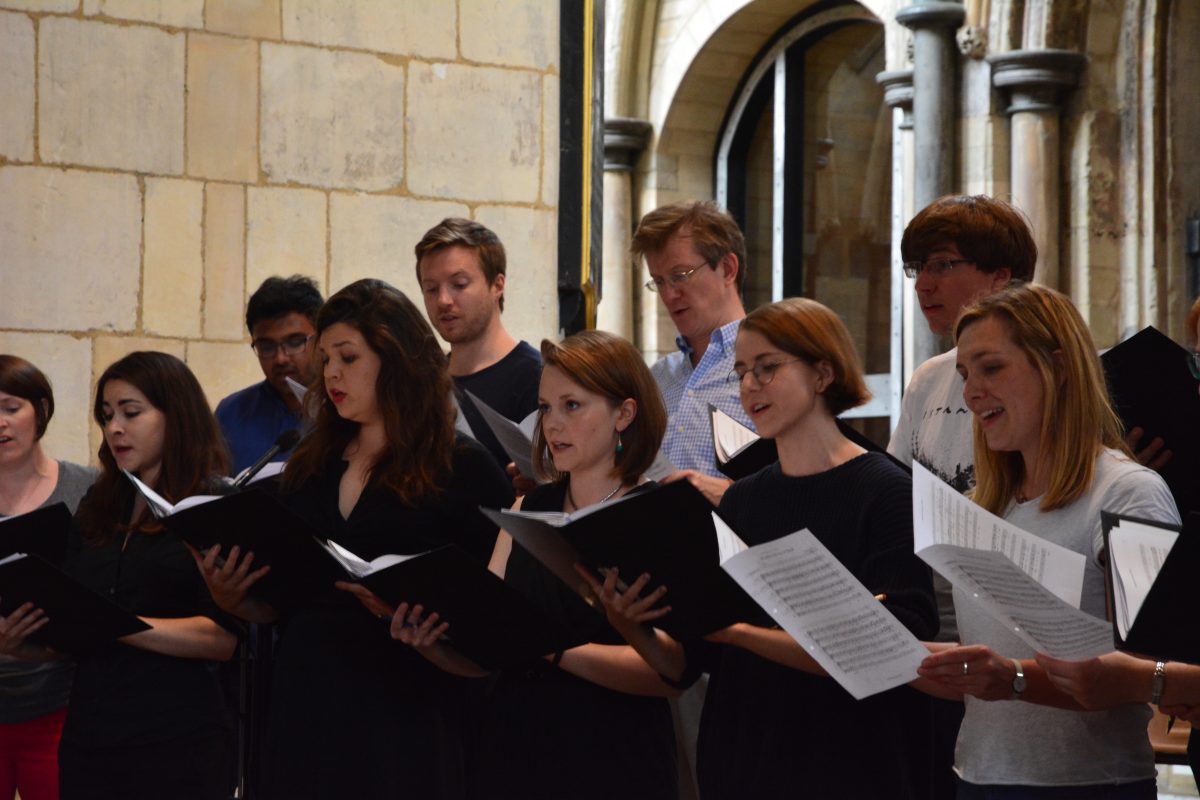 The Merbecke Choir is a group of around 25-30 singers who sing a wide range of music to a high standard. The choir is mostly made up of singers with prior choral experience, who meet to rehearse every Tuesday during term time. It is
a regular contributor to the liturgy at
Southwark Cathedral, notably at the monthly service of Compline and Eucharistic Devotions. It also performs regular concerts, usually one a term, has toured abroad and in the UK and has released a CD,
Under the Shadow of Thy Wings. In 2003, Southwark Cathedral founded the Merbecke Choir to be a place for boys and girls who left the Cathedral Choirs to explore a wide range of repertoire under expert tuition. The choir
has grown since then and has a broad mix of ages and backgrounds, though former Cathedral choristers remain very welcome. 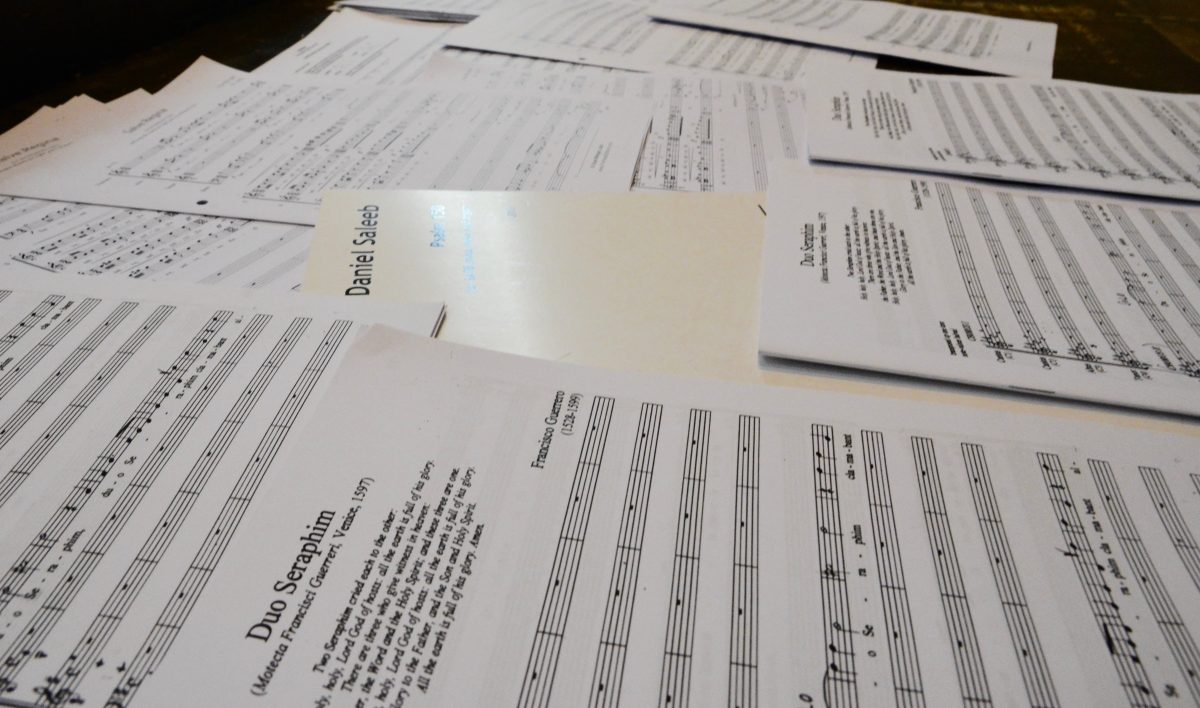 The choir is a staunch supporter of new music, having commissioned several new works, as well as being adept in the performance of Renaissance polyphony. They have performed for HRH Princess Alexandra, the Poet Laureate Carol Ann Duffy,
the Archbishop of Canterbury, Archbishop Emeritus Desmond Tutu, and contributed to Her Majesty, the Queen’s, Christmas Broadcast recorded at Southwark Cathedral in 2006. The choir’s current director of music is
Emily Elias. The Choir is named after the Tudor composer, John Merbecke (1510-1585), who composed one of the most popular settings of the Book of Common Prayer Communion Service. Merbecke with three other companions was tried for
heresy in 1543 in the Retrochoir at Southwark, which was used for this purpose at the time. He was found guilty and condemned to be burned at the stake. However, his sentence was commuted by Bishop Stephen Gardiner, the then Bishop
of Winchester, who decided that as a mere musician Merbecke ‘knew no better‘ and so was released to continue his music making. If you are interested in joining the choir see
click here. If you would like to sign up to our mailing list,
click here. 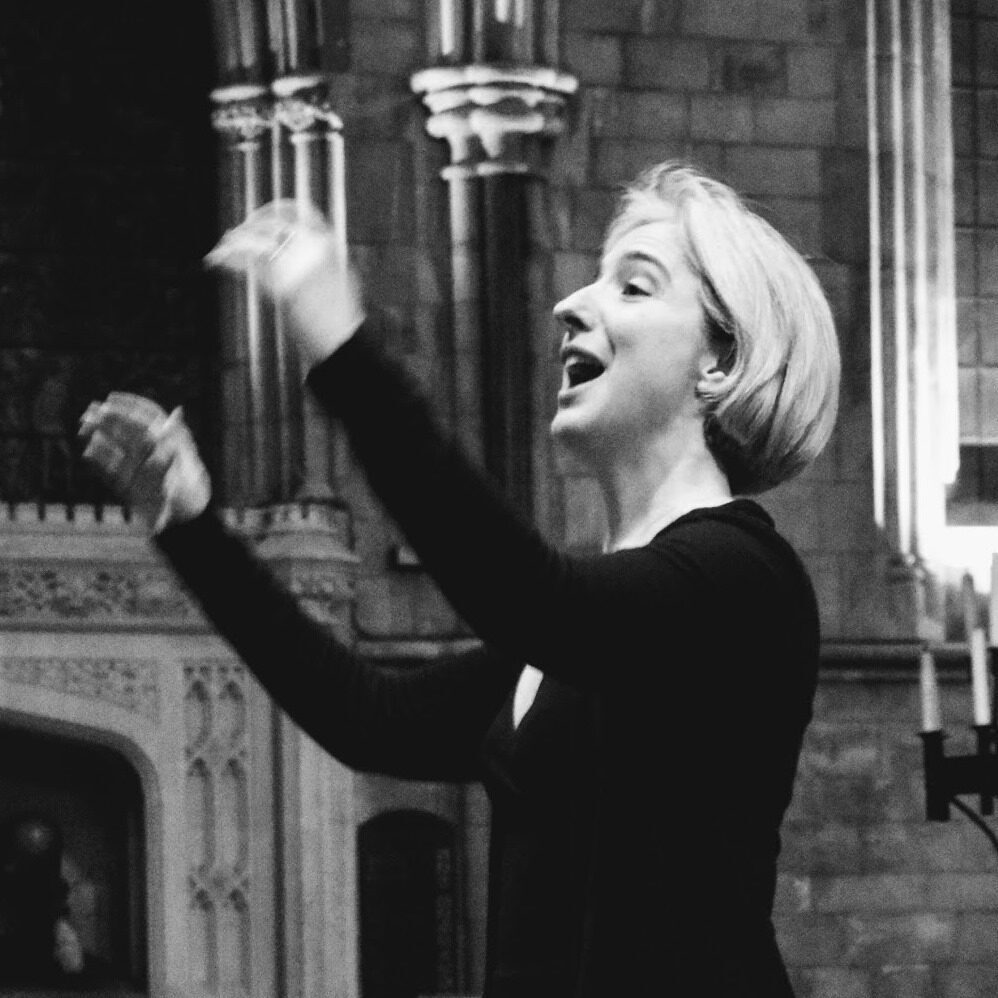 Emily Elias is the current director of the Merbecke Choir.

Shortly after graduation, she moved to Paris where she pursued a career as a singer, was Assistant Conductor of the Paris Choral Society and took the boys at the Maîtrise of St Louis en Ile.

As a singer she has worked with and learnt much from many brilliant conductors and hope that the Merbecke Choir will feel the benefit of their collective wisdom.

Emily now lives in South London with her husband and three children and combines performing with singing teaching and choir directing in several secondary schools and, of course, directing the wonderful Merbecke Choir.

© 2022 The Merbecke Choir. Created for free using WordPress and Colibri